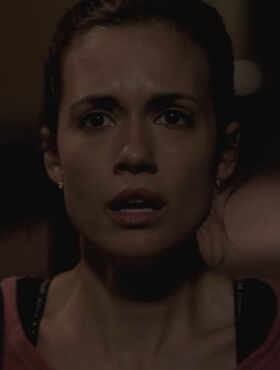 Kate Edwards is a character in the series, Stalker. She's portrayed by Torrey DeVitto.

She reported an intruder in July and October. She also reported vandalism the previous year, none of her reports weren't considered stalking.

Troy Gunn - they met at a spin class at the gym and was told by her that she was being harassed at her old home. He told her the house next to him was available and she moved beside him and they became neighbors.

Larry Meyers - had an affair with him which ended after she found out he was married and had kids. She suspected him of stalking her.

Retrieved from "https://cbsstalker.fandom.com/wiki/Kate_Edwards?oldid=4963"
Community content is available under CC-BY-SA unless otherwise noted.